Maps vs. Compasses: Liberal Education, Computers, and Living on the Edge of Chaos


Liberal arts colleges should be leading the way in reinventing higher education in the digital age. The liberal arts’ traditional emphasis on developing an intellectual “capability infrastructure” is ideally suited for an increasingly complex, information-rich world filled with new opportunities for discovery and the construction of knowledge. Liberal arts colleges are smaller and more unified than research institutions, and thus should be more nimble and more courageous in the face of the unprecedented nature and pace of change in human society brought on by personal computing and the Internet. In many crucial respects, the vision of computing pioneers like Vannevar Bush, J. C. R. Licklider, Ted Nelson, Doug Engelbart, Seymour Papert and Alan Kay is strongly aligned with the mission and vision of liberal education itself. The digital age should thus be a golden age for liberal arts institutions, one that allows them to shape not only their own futures but also the future of higher education itself, across the U.S. and around the world. Has this happened? If not, what stands in the way? 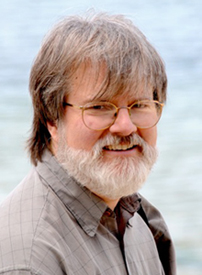 W. Gardner Campbell is Director of Professional Development and Innovative Initiatives at Virginia Tech, where he also serves as an Associate Professor of English in the Department of English. He has been involved in teaching and learning technologies for nearly two decades.

From 2009-2012, Gardner served on the Board of Directors of the New Media Consortium. A member of the ELI Advisory Board from 2007-2011, Gardner currently serves on the Advisory Board of the National Institute for Technology in Liberal Education (NITLE) and the Editorial Boards of the Journal of Interactive Technology and Pedagogy and the Journal of Information Fluency.

As a writer and scholar, his publications include work in Milton Studies, Renaissance literature, film studies, teaching and learning technologies, and faculty development. You can read Gardner’s blog, “Gardner Writes,” at http://www.gardnercampbell.net/blog1.